Military Spending By the Numbers: Should It Be Cut?

There is always a debate when it comes to the topic of military spending, and it is with good reason. The military is the third highest expenditure for total federal spending in the United States. Out of $3.9 trillion, the military uses $648 billion, which is 16.3% of all expenditures. The only areas that have more money designated to them are Social Security, unemployment and labor ($1.33 trillion, 33.6%) and Medicare and health ($1.05 trillion, 26.6%). The military is allocated more money than the Interest on Debt, Veterans Benefits, Food & Agriculture, Transportation, Housing & Community, Education, Energy & Environment, Science, International Affairs, and Government expenditures combined . The public might consider a few of these other expenditures as important such as veterans benefits, energy and environment, and perhaps surprisingly, education. 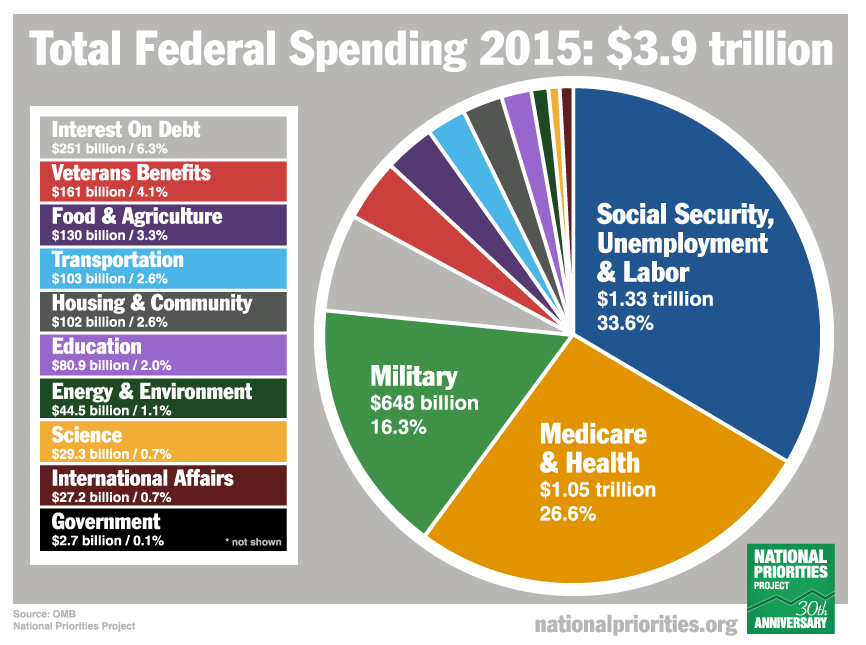 This is a big chunk of money considering the United States has one of the largest economies in the world. You may be asking how funding for the U.S. military compares to other countries. According to the chart below, the U.S. military spends more on its defense than seven countries combined. 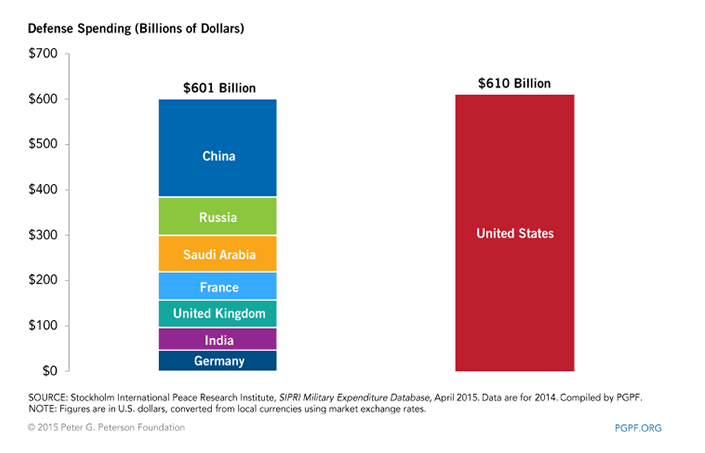 Americans who are in favor of leaving military spending as it is or increasing it argue that the military is necessary for the protection and safety of our nation. Proponents explain that the U.S. needs this money not only to build our military here but overseas as well. Military bases are important to the U.S. because they protect oil routes, provide quick aid to allies, and help to stop the threat of global terrorism.

On the opposing side, Americans in favor of reducing the budget argue that the military can still be effective and productive to our nation if funding is cut. These group contends that other programs, such as education, Veterans Affairs, environment, etc., should receive an increase in funding. They also add that the U.S. needs to focus on its long-term fiscal challenges, such as the national debt and the money owned by foreign investors, like China.

The U.S. military is a dominant force in the world, and the statistics support this claim. Both sides have legitimate points for either increasing or decreasing military spending. Do you think the U.S. military needs to scale back by cutting funds or decreasing enlistment so that funds money can be allocated elsewhere and/or help decrease our national debt? Or do you think that the U.S. needs to increase military spending because of threats like global terrorism, specifically ISIS?